This is a single blog caption
28
Jul 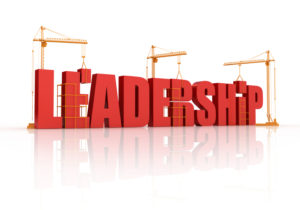 Being a “leader” was often discussed throughout my time in grade school. It was described as the highly sought-after future that a motivated and determined student should aspire to reach. When I was young, leaders with names such as Barack Obama and David Suzuki appeared to live a life much bigger than themselves. They were enormous pillars among those who seemed not as ambitious, with extravagant speeches and plans that would require thousands of dollars or millions of people to execute. Becoming a leader seemed more like an endpoint, rather than the identity of a person with the solution to a problem and the will to make it happen.

As my view of the world widened to less like a playground and more like the world, I began to doubt my black-and-white definition of leadership. The idea that leadership can only be accomplished if half the world knows your name seemed more and more uncomfortable to me. I was willing to label anyone with fancy words and a raised podium as leader without stopping to think about what it was that they were actually promoting.  It was at this point that I began to re-evaluate the concrete definition I had of what it meant to be a leader.

Instead of “leader” simply meaning someone at the forefront of a crowd and the one with the microphone, I began to apply it more generously, albeit with more contemplation. What makes someone a leader was a question that I asked myself more frequently, instead of accepting that yes, someone is automatically a leader because they are addressing a crowd of people. Maybe that person on the street corner is a leader. They may not have people crowding around their television listening to them speak, but they could be developing the newest design for the television that those people are watching. Doesn’t that make them a leader in their own right?

So now I propose my new-and-improved (although more abstract) definition of leadership. Firstly, I believe that there are several ingredients which make a leader, however the interaction of three of these will be discussed in this entry. The first, is the recognition of a problem. Leaders would not exist in a world where there are no problems to solve. They are the ones who are striving to solve the problem, and thus there must be a problem they have discovered in the first place. One must also account for the definition of a “problem”. It could also incorporate the idea of a vision. A leader can see something that needs changing, an intrinsic part of our society, a type of technology, or they can simply see a potential future that they believe will be better than the present.

The second component, which may take years to reach or accomplish, is a solution. The solution is the way that the leader plans to tackle the problem, or to reach their vision. That solution may not have been the one originally thought to be right, or even be a solution to the problem that was the catalyst for a leader’s journey, but it is a solution in its own right. It is also important to address that the solution may not even be reached, but that does not negate the leader’s identity as a leader. A leader’s value is not solely placed in the success of their vision or solution.

The third, and arguably the most important part of being a leader, is having a dash of ambition. You don’t need to spend thirty years researching a new element on the periodic table to be a leader, but you do have to have “the drive”. Everyone has felt it at one time or another, that spark when you find something that speaks to you. Whether it be your passion for fine arts, for science, for public speaking or politics, that genuine interest in essential in leaders who want their ideas and journey to be sustainable.

A leader: someone who finds a solution to a problem and has the ambition to share it. It doesn’t need to be shared with the whole world – it could be publishing research in a scientific journal, teaching others about a unique painting method you have developed, or simply taking the initiative to plan a group hiking expedition. Are there other attributes that make a leader? Of course – the three I’ve discussed are a starting definition. If we considered all the traits that make a leader we would never stop talking. So, I leave this as my open-ended and starting definition of leadership, anticipating that my future blogs and discussions will continue to build on this scaffold.

Mindtrust was launched as a membership organization in 2001 to help develop the depth and breadth of leadership capability in the national capital region. In 2005, the Mindtrust Leadership Development Program (MLDP) was developed to focus top students on their leadership journey – where they are now, where they want to be and what they can learn from what others have experienced on their journey.